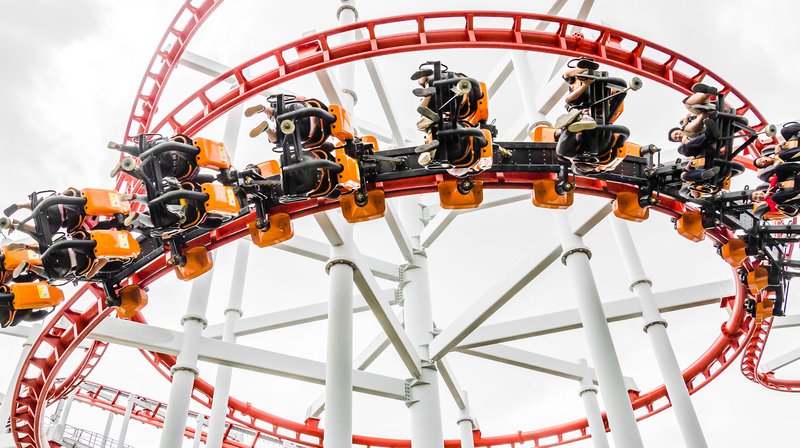 Bitcoin surpassed $10K yesterday. To many, the event was a mark of Bitcoin’s accomplishments. But yet, others are concerned that bitcoin has become too speculative, and a pop in the bubble could be damaging.

Introduced in 2009, bitcoin sort of flew under most people’s radars for several years, until 2012, when it became associated with Silk Road, the now-defunct dark marketplace. This year the decentralized currency captured widestream attention, skyrocketing from $1,000 in February to where it sits today.

Some, like former Fortress hedge fund manager Michael Novogratz, are calling bitcoin a “spectator’s dream” and forecasting prices in the $40,000 range in the next 12 months. Others, like Nobel Prize–winning economist Joseph Stiglitz are less enamored: “So it seems to me it ought to be outlawed,” Stiglitz said Wednesday in a Bloomberg Television interview with hosts Francine Lacqua and Tom Keene. “It doesn’t serve any socially useful function.”

Here is what a few people from within the Bitcoin industry are saying.

Riccardo Spagni, core developer at privacy cryptocurrency Monero, told Bitcoin Magazine he hopes that bitcoin’s hitting the $10K mark offers proof to naysayers that despite its ups and downs, bitcoin is here to stay.

“I hope it demonstrates that bitcoin has value,” he said. “Because there are still people saying stuff like, ‘Oh, bitcoin is eventually going to die,’ or ‘It’s a bubble and tulip mania.’”

Much of the recent increase in bitcoin’s price has been fueled by institutional money. There are now 120 hedge funds solely focused on bitcoin and cryptocurrencies. But Spagni isn’t worried. He sees that as evidence that bitcoin has proven its stability and staying power to a larger pool of investors.

Patrick McCorry, a cryptocurrency researcher and PhD candidate at University College London, agrees the $10K mark signals a broader acceptance. “I think the fact that it has reached $10K is like a global validation of the entire community’s work and the principles that surround it,” he told Bitcoin Magazine.

“Five years ago, bitcoin was not even accepted as a concept, but over the last four years, it has seen a big push toward social and regulatory acceptance,” he said. For instance, Japan now accepts bitcoin as a currency, whereas in the U.S., the IRS still considers it to be property.

He is also concerned that the main driving force of bitcoin is speculation, rather than its utility. “It’s more a growing population of users who want to make a quick return,” he said. His worry is that if the bubble pops, people will inevitably lose money, and that could be damaging to bitcoin’s image.

“It was envisioned to be a payment system,” said McCorry, who pointed out that people are not using bitcoin for that purpose.

“I attended a bitcoin conference recently. We went to a bitcoin pub and nobody bought pints with bitcoin. The greatest advocates in the space, and nobody used [bitcoin] for its primary purpose,” he said. “So what is the primary purpose of bitcoin? Is it for payments for digital gold or speculation?”

“I’ve been in this [space] since 2011, and this is the first time I’ve seen the bitcoin price go up like crazy,” he told Bitcoin Magazine. “Everybody who was in the business kind of expected it would go up, but by a factor of 10 was really surprising.”

He thinks the price could go even higher, though, especially when making the popular comparison of bitcoin to gold. “You have to take into account the market capitalization of bitcoin is only two percent of the market cap of gold,” he said.

As the price of bitcoin climbs, so does the demand for mining.

“You can imagine you are in the gold mining business and the next day, the price of gold is 10 times higher. Everyone would get his axe and dig for gold, and that is what is happening,” he said. “And this creates a run at the moment for mining because mining is so profitable that everyone wants to do it.”

According to Krohn, cloud miners are struggling to keep up with the demand right now. Recently, when moving to a new facility, Genesis had to sell a lot of its older mining gear to make room for new equipment, but everything sold in a flash. “Within two and a half days, everything sold,” he said. “It is just beyond description at the moment.”

Charles Hoskinson, CEO of blockchain company IOHK, has been in the space long enough to remember when bitcoin was below $5. Over the past five years, he says he has watched the markets move in all kinds of directions.

In fact, as this story is being published, after cresting at over $11,000 today, bitcoin has already dipped below $10,000 and then risen again.

The current bitcoin market cap is $167 billion, and while Hoskinson thinks $10K is a great “psychological barrier” to cross, he suspects that with bitcoin’s routine ups and downs, we may see it again. After all, that is just how bitcoin is. In an email to Bitcoin Magazine, he wrote: “We might be crossing 10k more than once on the ride to a trillion dollar market cap.”