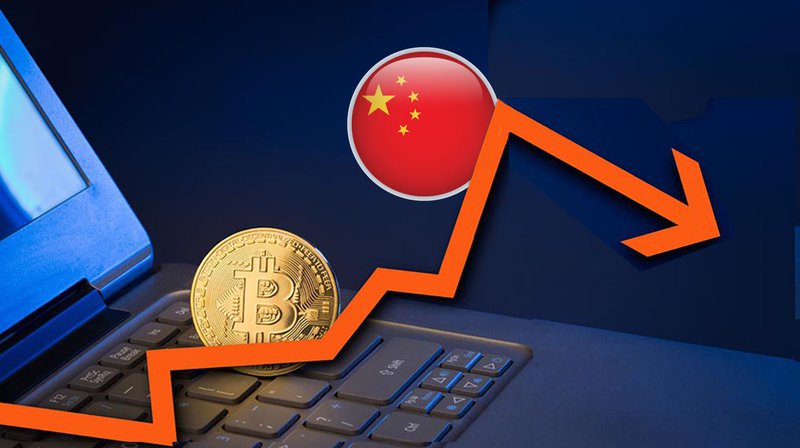 When it rains, it pours. Last week, news began to hit the crypto community that China was taking harsh measures to reign in their various cryptocurrency exchanges. Several exchanges closed down and others were given a deadline to properly cease trading operations. This news came hard on the heels of recent directives that banned ICOs in China, leading to dramatic drops in cryptocurreny prices across the board.

After this latest news settled, bitcoin managed to slightly rally before topping out around $4100. However, early this week, rumors began to circulate that executives associated with Chinese exchanges are being prohibited from leaving China. At the time of this article, BTC-USD is sitting just at $3900 and is showing signs of further pullback:

The figure above shows the whole, macro bull run from the $1700s. One important feature of the trend shown above is the 61% retracement down to the $2900s. The retracement down to such a low value shows that sell pressure is very strong in the current market and hints toward bullish exhaustion within the macro trend. Another key feature to note is the following:

An important test of this rally was the 100% retracement of the bear run, post-China news. Sitting just below the 23% Fibonacci Retracement lies the bear run. The test of the 100% retracement is important because that resistance line marks a strong shift in market sentiment. A failure to break through those values shows that, even though there was a strong rally, the market is still bearish in nature and is likely to continue.

Figure 2 also shows several tests and rejections of the 2-Hour 200 EMA (Exponential Moving Average). The 200 EMA is a common tool used among traders to objectively view the state of the market compared to the prior trends. A trend existing below the 200 EMA is bearish in nature, and trends that show support on top of the 200 EMA are bullish in nature.

At the time of this article, the BTC-USD is displaying two failed tests of key resistance levels and its showing little sign of upward pressure. Currently, the trend is sandwiched between the 200 EMA and the 50 EMA. Both moving averages can used in conjunction to gauge just how strong the market is. Like the 200 EMA, the 50 EMA shows short-term bullish and bearish trends relative to the EMA line: Trends above are showing bullish traits, and trends below are showing bearish traits.

Right now, we are in the middle of a crucial test of both support and resistance lines as the market decides where it will go next. A break below the 50 EMA will ultimate show the long-term bearish intent of the market and will lead to tests of the low support values:

If bitcoin is going to see any significant price growth within this rally, it will have to pick up some major buy volume and break through very strong, historic resistance values. It’s extremely unlikely that, given its repeated failures to break resistance and the inherent bearish news looming over the Bitcoin community, BTC-USD will shove to new highs without strongly testing lower macro support.

Trading and investing in digital assets like bitcoin, bitcoin cash and ether is highly speculative and comes with many risks. This analysis is for informational purposes and should not be considered investment advice. Statements and financial information on Bitcoin Magazine and BTC Media related sites do not necessarily reflect the opinion of BTC Media and should not be construed as an endorsement or recommendation to buy, sell or hold. Past performance is not necessarily indicative of future results.