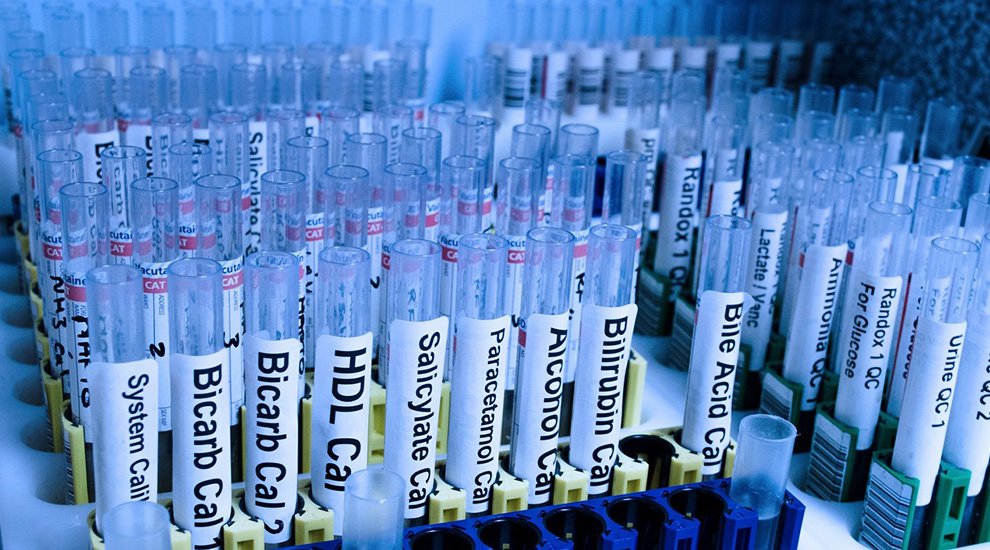 Blockchain and digital health services could be a perfect match for each other across a variety of applications. From distributed interoperable health records to proof of adherence for medication, the healthcare industry is ripe for digital innovation. More generally, technology is a hyper-deflationary force, and this could be particularly effective in delivering quality health care through more effective channels such as mobile apps.

Investments in the digital health space have increased significantly in the past two years. This is largely possible because of improved low-power sensors and user-friendly cloud platforms that interface with those hardware devices. TheRock Health Funding Database shows a $4.5 billion increase in venture funding in digital health from 2014 to 2015.

Smart contract technology is built on top of virtual currencies such as Bitcoin and is a hallmark of “Bitcoin 2.0″ platforms. Blockchain is the fundamental infrastructure needed for Bitcoin transactions to work, and an enabling technology for the next generation of asset-based platforms.

A smart contract is simply a piece of code that is stored on the blockchain. It can be triggered by particular blockchain transactions and, in return, read or write data to that blockchain. The rise of smart contracts can be understood in the framework described by Carlota Perez in her excellent book, Technological Revolutions and Financial Capital: The Dynamics of Bubbles and Golden Ages.

There are four major areas where the blockchain and smart contracts can become deeply integrated into digital health.

Blockchain can bring the same level of trust and accountability to supply chains as it does with currency or financial assets. The decentralized management of a pharmaceutical supply chain through tamper-evident technology can be really beneficial in tracking counterfeit drugs. This use case is a supply chain issue that was brought up by Primrose Mbanefo from Accenture in a working group meeting of the Hyperledger Project.

Mbanefo pointed out that consumers want reassurance for the fact that the drugs they take actually contain the active ingredient and in the appropriate proportions as advertised. According to Mbanefo, the counterfeiters are failing to include the right amounts of active ingredients in medicines and this issue can be addressed by making the supply chain more transparent. The blockchain could provide proof of origin to verify that a particular shipment of drugs actually came from a specified factory or manufacturer.

IBM also is working on the issue of supply chain transparency through privately deployed blockchains for an enterprise. With the addition of Watson, supply chains can be managed as a smart property that self-reports, proving the authenticity of a drug at every stage of its manufacture, delivery and eventual consumption.

For a patient visiting the hospital, there are accurate records on the symptoms and conditions, tests ordered, treatments offered and the outcome. In the near future, records on patient treatment plans could be released (upon consent) anonymously into public health banks, which are decentralized networks where information is managed and coordinated through a blockchain.

Then, public health institutions can form smart contracts with these health banks to broadcast alerts or potential threats to partner hospitals or healthcare providers. For such a health bank, accessing information would be cheap or free, but posting or broadcasting to all nodes would cost significantly more. In this manner, the network can sustain itself through revenue from its partners. From the patient side, this process is not much different from checking a box to “send anonymous usage data” that we often do in apps today. The data available from such a health bank can provide population statistics and trends that may not be visible from a “micro-scale” view of individual patients.

Aside from the data, the blockchain can facilitate an electronic health record (EHR) system that can manage access to data between multiple parties at the scale of a health bank. Currently the Precision Medicine Initiative is building the technology core and infrastructure that would power the collection and storage of biological data (such as conditions and treatments) of more than a million volunteers.

Currently, all medical records associated with patients are stored in closed databases called practice management suites. Most hospitals and private clinics use different vendors for their practice management suites and most of them maintain that data in silos. Recently, there has been more of a push to move this data into the cloud in a format called Electronic Health Records (EHRs). The hope is that the use of EHRs will standardize the storage of patient data and allow for better interoperability between different healthcare organizations.

This process will also make it frictionless for patients to access their own medical data – like sharing a collection of photos via Google Photos. The administrator simply selects the data objects that the patient requested and generates a link to share them. This unique link will be sent to the patient, and he or she can open it up to view all the data released by the hospital.

The blockchain can be used to manage the distribution of those encrypted datalinks per patient based on addresses. The infrastructure for storage (the blocks) can be constructed in such a manner that each block corresponds to a specific type of data, for instance, tagging a block with metadata to separate a block storing links for scans from another block storing the links for medication. Then the front-end wallet could retrieve these blocks and use the metadata as a health-XML language to put them together in a patient profile. Simple transactions can be used to verify the patient and unlock each block, putting together that profile for a patient in a secure manner.

Once the data is in the cloud, a variety of computations can be performed on it. In the future, doctors can prescribe the use of devices like Fitbit for improving personal health. Smart contracts can be implemented on personal fitness data and act as a rewards program for improving health per visit to the doctor.

Recent studies in mobile health on management of chronic conditions and medication through apps has brought attention to smartphone-enabled medication adherence programs. The goal of these programs is to provide a self-management framework for patients that leads them to just the right level of medication based on their physiological data. These programs are turning out to be effective; if patients don’t experience severe side effects, they show high-levels of adherence toward their medication [1].

Most of these programs are either powered by text messages or using simple server-client mobile apps. As the patients go through those programs, a tremendous amount of data is automatically recorded on patient behavior. This data is further analyzed to develop best practices and patterns.

An extension to the health-XML idea mentioned above can be used to run these clinical trials on a small portion of the population. The patients can be divided into cohorts based on their physiology and the data can then be reported on the blockchain. Some of the labor intensive processes can be replaced or partially automated based on recommendations made by intelligent agents who are reading a blockchain and establishing an average baseline for each cohort.

These intelligent agents would be available on-demand and work for a limited period of time on a subscription basis. The subscription would be powered by a deposit made by the administrator monitoring the cohorts. This bot-economy will use the blockchain as the infrastructure that the intelligent bots can consume. The more sophisticated bots will be “hired” more often and, in this manner, companies can design bots adaptively to provide recommendations to the administrator as the data changes.

Blockchain-based technologies will become the foundation for digital innovation that can reach millions of lives. A unique combination of artificial intelligence, smart contracts and the blockchain will become the nervous system of our society, helping us live longer and healthier lives.