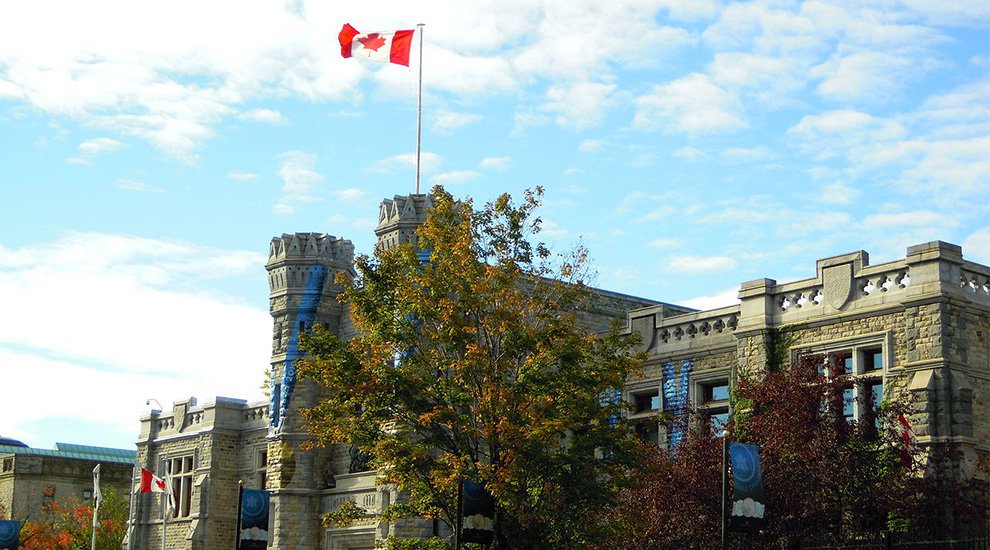 Canada’s central bank, the Bank of Canada, and five other Canadian banks (like a growing number of banks around the world) are experimenting with blockchain technology and a possible digital dollar as the growing demand for digital fintech payment systems puts the squeeze on the traditional banking sector.

At a recent IMF/World Bank conference hosted by the U.S. Federal Reserve, an estimated 90 central banks, including the Bank of Canada, came forward to talk about their research into and experiments with distributed ledger technology (DLT), the blockchain and digital currencies.

The big Canadian banks are also members of the R3 Consortium, which is working with 50 member banks worldwide, developing a foolproof methodology and standard for blockchain technologies for banks.

The Bank of Canada is cautious in commenting on its digital money experiments but is adamant that this is just an experiment and nothing more.

Martin Bégin, a representative speaking for the Bank of Canada, told Bitcoin Magazine:

“What was referred to as CAD-coin is just a means of representing settlement balances on the distributed ledger, like a deposit receipt. It could also be called ‘deposit-coin’ or ‘settlement-coin.’ It doesn’t exist as a medium of exchange outside the experimental wholesale payment system. Our only goal at this stage is to understand the mechanics, limits and possibilities of this technology.”

Bégin said that the Bank of Canada chose to experiment with Ethereum because the members were the most familiar and experienced with coding on that platform.

“This particular project is one part of a larger Bank of Canada work plan to investigate the distributed ledger technology and better understand its characteristics,” he said. “We may look at other platforms going forward.”

According to Bégin, the greater potential for DTL lies beyond the Bitcoin blockchain, in applications outside of digital currencies.

“Fintech is an important part of the Bank’s research agenda, and this not a coincidence,” he said. “There are many benefits of fintech, but realizing those, while guarding against the risks it could create, will require strong collaboration among policymakers, incumbent financial institutions and new entrants. For the Bank of Canada, one of the best ways to really understand this technology is to build and experiment with it, in conjunction with the industry. It’s our job to be forward-looking.”

“There are few Canadian banks that will deal with Bitcoin companies, and in some instances only if those companies are registered as MSBs with the Financial Transactions and Reports Analysis Centre of Canada (FINTRAC).”

The CMSBA sent a letter to Canada’s Office of the Superintendent of Financial Institutions (OSFI) recently, saying members have had their bank accounts closed in “what appears to be a sector-wide sweep even though they are compliant with all anti-money laundering rules.”

In a regulatory Catch-22, as part of their “de-risking strategy,” banks need FINTRAC to define digital fintech startups as money services businesses before they can offer a business account.

“Regulators such as FINTRAC and the Office of the Superintendent of Financial Institutions (OSFI) are known to have relatively negative views of MSBs (whether this is organization-wide or the bias of some examiners I cannot say),” said Scott, “which makes me wonder if the MSB designation will do more harm than good when it comes to the ability of Bitcoin companies to access the traditional financial system.

“Even if our regulatory regime nets out favorably (and I hope that it does), access to banking may force companies to choose other jurisdictions. This is truly unfortunate as Canada has the potential to become a hub for fintech innovation — but we are rapidly depleting any advantages that we once had.”

The Financial Post reports that recently an unidentified bank was fined $1.1 million by FINTRAC for providing accounts to money service businesses and that an apparent crackdown is making it harder for fintech companies to get bank accounts.

FINTRAC, on the other hand, is stalling on defining Bitcoin and digital currencies businesses as “Money Services Businesses” leaving the fintech startups in a Catch-22 between the banks and regulators.

In an interview with Bitcoin Magazine, Kyle Kemper, Executive Director of the Bitcoin Alliance of Canada, noted the need for the Canadian Bitcoin community to advocate for progress. “At this point the lobby for crypto pales in comparison to the banking and payments lobby. A course of inaction could lead to a greater movement away from the fiat in general as crypto solution providers’ solutions become more robust, frictionless, and adopted.”

Coinbase, one of the world’s most successful Bitcoin companies, recently notified its Canadian customers that it was withdrawing from the Canadian market and could no longer support transactions in Canadian dollars.

At the same time, the company was setting up in Japan and had recently expanded to Australia, making it the 33rd country served by Coinbase.

Fred Ehrsam, president and co-founder of Coinbase, said in a recent Reddit AMA:

“Our mission is to create an open financial system for the world and part of that is making digital currency as easy to access, in as many countries as possible. So it makes me sad that we’ve had an interruption there [in Canada]. The goal is to get it back online when we have a good payment service provider or bank in Canada. A bunch proactively reached out when that news went out, so hopefully we will get a good replacement soon.”

“The fact that they [Coinbase] struggle with one of the primary pillars of being an exchange, being able to process fiat withdrawals and deposits, shows that Canada is difficult environment for Bitcoin Fintech companies to operate in,” said Kemper.

Bank of Canada Deputy Governor Carolyn Wilkins noted recently that what she calls “traditional trusted intermediaries” may be replaced by more convenient technologies; however, she doesn’t believe that Canada’s regulatory body is lagging behind.

“Fintech regulators also face the difficult challenge of balancing the need to ensure the safety and soundness of the financial markets against the need to encourage further innovation,” she said.

“The regulatory framework needs to adapt so that the door is not opened to unmanaged financial and operational risks, unchecked critical dependencies within our financial system and moral hazard. Promoting financial stability is a core function of the Bank of Canada, and we take a system-wide perspective when we monitor risks.”

According to Scott, however, the system is set up in such a way that many companies are having a difficult time playing by all the rules, all the time.

“In many ways, the banks are acting as both gatekeepers and de facto regulators, which is truly unfortunate. We’ve spoken with the CEO of a company who asked a bank that had committed to investing $1 million if the bank would open a business account for them and the answer was ‘no.’ It’s completely baffling to me that a bank would be willing to invest money in a business but not provide an operating account for that business.”

Scott noted that MSBs and fintech companies are sometimes afraid to go on record because they don’t want to lose their existing bank accounts, including accounts that may have been opened covertly under the guise of software companies or numbered companies.

“Banks and credit unions are afraid to open accounts or to keep them open, since they face pressure from FINTRAC and OSFI to treat all of these accounts as high risk (which is not a regulatory requirement) or to close them,” said Scott.

“These tactics are directly driving risky behavior,” she added. “Ultimately, the only ones winning at this game are criminals, because legitimate businesses are being forced to act evasively, which in turn, makes illicit activity more difficult to identify.”