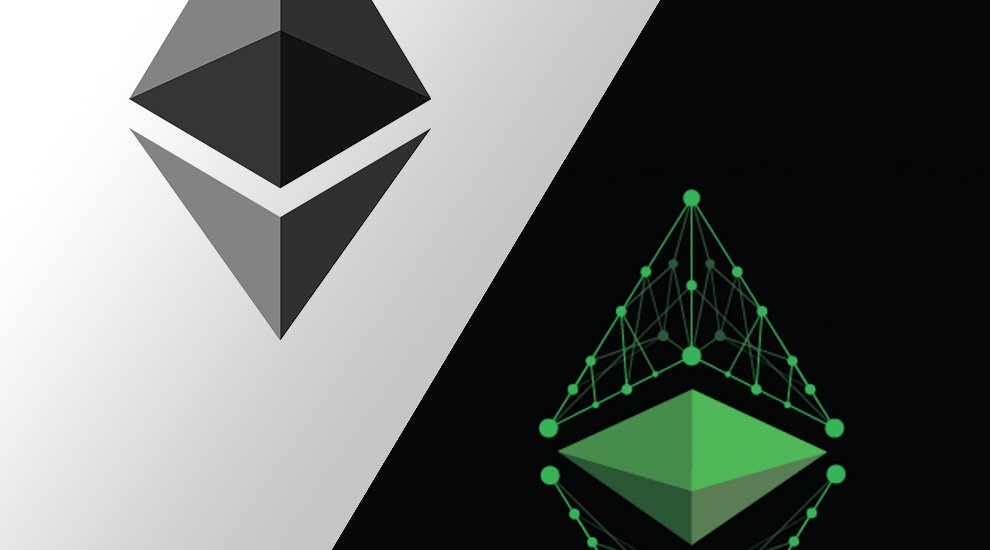 Although a large proportion of the Ethereum community believed the recent hard fork would result in one chain that the entire community could get behind, it’s clear that a segment of Ethereum enthusiasts would like to see a strict adherence to the original concept of code as law.

Ethereum Classic is the original Ethereum blockchain that does not include a patch to reassign misallocated funds back to DAO token holders who had a large portion of their ether stash drained by an attacker who found a flaw in The DAO’s source code.

Ever since Poloniex listed the Ethereum Classic coin on their exchange, the market has responded by breathing new life into the original chain. There is now a debate among both communities as to which chain should be used going forward, while others believe both chains should be allowed to grow and prosper.

On a recent live edition of Let’s Talk Bitcoin held on August 4 and mediated by Andreas Antonopoulos, Stephanie Murphy and Adam Levine, Gnosis founder Martin Köppelmann debated Ethereum co-founder Charles Hoskinson on the merits of Ethereum Classic. Anthony Di Iorio, another Ethereum co-founder, CEO of Decentral and chief digital officer at the Toronto Stock Exchange, also provided his own nuanced opinions on the matter from a business perspective.

The Case for the Hard-Forked Ethereum

For Köppelmann, the decision to go with the hard-forked version of the Ethereum blockchain is a practical one. In his view, it is rational for people like Ethereum Creator Vitalik Buterin to stay with the more popular blockchain because these systems need big enough communities to have value.

“I see, at this point, huge benefits of having one community,” Köppelmann said during the debate. “Ethereum is about network effects. It’s about having all those [decentralized applications] that work well together because they’re on the same world computer, the Ethereum network.

“Currently, we only have those network effects if [everyone] is on the same chain,” Köppelmann added.

The Gnosis founder also noted that it may be useful to have Ethereum applications work across chains in the future but he still thinks it’s best to focus on one chain for now.

While Ethereum Classic has attained more than 20 percent of the Ethereum hashrate at this point, Köppelmann explained that developers do not move to other blockchains so easily. “I’m not looking at short-term price swings,” he said. “I’m in for the long game and building stuff and that will happen on ETH, as far as I can see.”

The Case for Ethereum Classic

During the debate, Hoskinson took the side of Ethereum Classic. He argued that the recent hard fork angered a segment of the Ethereum community and he was also angered, even though he left the project in the summer of 2014.

“What initially attracted me to Ethereum was the social contract of having this world computer where the code is basically law — it runs as written,” said Hoskinson. “A lot of people were really excited about that kind of a prospect.”

Hoskinson noted that Ethereum is an expensive, inefficient world computer that is mostly useful in specific situations. His description of Ethereum is comparable to Bitcoin’s usefulness as a censorship-resistant payment method. “The saving grace of the system has always been that you can write code that, regardless of who it’s inconvenient to or the consequences of that code, you have a safe place where you’re able to run that code without fear of censorship,” Hoskinson explained. “That was the initial social contract; that’s what I signed up for.”

Hoskinson added that it’s a bit premature to declare which chain will be used by the top developers for their decentralized applications over the long run. He also said miners may have a soft spot for Ethereum Classic because the hard-forked version of the blockchain will eventually move to a proof-of-stake system. Hoskinson also questioned whether it will even matter what chain a developer likes the most in the future:

“There’s probably going to be some effort to start talking about cross-deployment, much like we do with PhoneGap. We use PhoneGap to deploy on multiple ecosystems. I think a lot of people are going to start building tools to deploy on Rootstock as well as Ethereum. It would make no sense to just omit Ethereum Classic, especially if these systems are fairly similar to each other — as they are right now.”

Rootstock is an Ethereum-esque platform being developed by RSK Labs as a sidechain to Bitcoin.

Although Ethereum Classic was nearly dead before being listed on Poloniex, it now appears that the network will have some staying power as a version of Ethereum with a different social contract than that of the hard-forked chain. Bringing a business perspective to the table, Di lorio noted that he’s just going to react to what his customers want. “As a business owner, I have to look at both sides,” he stated. “People say you have to pick one side or the other and I just don’t believe that.”

“For me, I’m going to make decisions and speak as a business owner who’s a blockchain company,” Di lorio continued. “I’m not an Ethereum company; I’m not a Bitcoin company. We’re supporting Bitcoin; we’re supporting Ethereum. We’ve got Dash coming in next week; we’re going to support them all and let people make their choices.”

As Hoskinson noted, Ethereum Classic has its own developers and tools that allow developers to release their decentralized applications on any platform and may soon be available. For now, it seems there will be three major networks in the smart contract space: Ethereum, Ethereum Classic and Rootstock. “If one keeps going strong and the other [withers] away, OK — that’s fine,” said Di lorio. “We’re going to support what our customers want.”