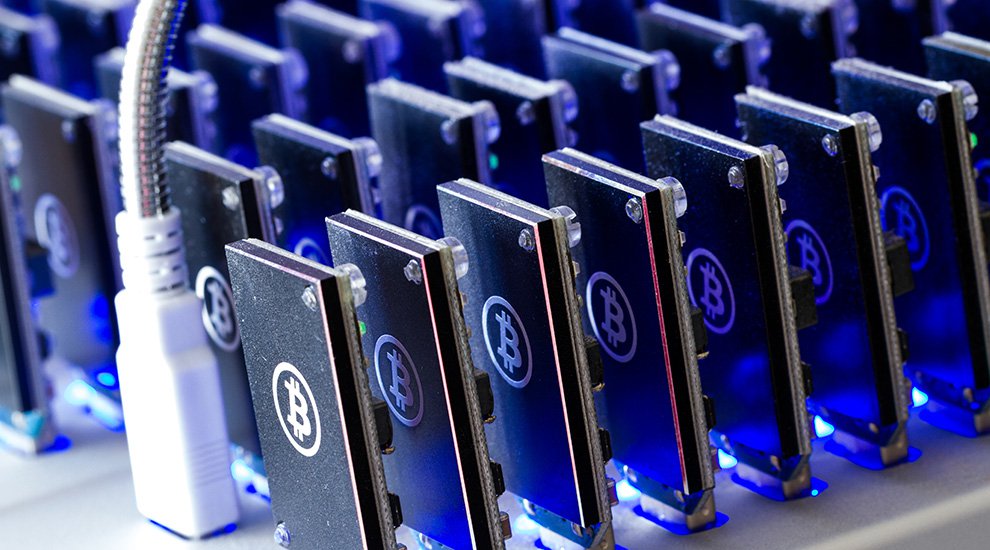 The Bitcoin Halving Approaches: Miners BitFury and BTCC Not Concerned

The second-ever Bitcoin block reward halving is estimated to take place in a little under two weeks, and the overall effects of this event are still somewhat of an unknown. There has been a runup in the Bitcoin price over the past month, and many claim this is due to the upcoming halving, where the number of new bitcoins created roughly every 10 minutes is cut in half (from 25 to 12.5).

To get some informed opinions about what could happen next, Bitcoin Magazine reached out to BitFury CEO Valery Vavilov and BTCC COO Samson Mow. BitFury manufactures ASIC Bitcoin mining chips (and mines with them), and BTCC controls one of the largest Bitcoin mining pools (in addition to other Bitcoin-related services).

A Slight Drop in the Network Hashrate

Although Vavilov and Mow were contacted separately, they had similar views on the upcoming Bitcoin halving. One of the most common, possibly-negative effects of the halving discussed in the past has been the idea that the network hashrate will decline as a result of the lower number of bitcoins released to miners on a regular schedule.

“Some decline in the Bitcoin network hashrate is expected, and we believe it will be insignificant. The most important thing is that even if the hashrate declines, it will not compromise the security of the Bitcoin network. As to the Bitcoin price, it surged close to 20 percent over the weekend spanning June 11th and June 12th, and it is a very robust appreciation. This is an indication that the halving event is regarded as a good thing for the Bitcoin industry and it is positively impacting the market even before it takes place.”

“It’s likely we’ll see the overall network hashrate drop slightly after the halving as some smaller miners find it less profitable to continue mining. However the longer-term effects will probably be negligible. Many smaller miners outside of China are mining on the PPLNS model so they are really mining on luck and are not as price sensitive. Within China, nearly all miners are on the PPS model, so their costs and revenues are very stable and predictable. That allows miners in China to optimize their operations for the halving and reduce any potential risk.”

Mow also agreed that the halving could continue to have a positive impact on the Bitcoin price. He noted, “The halving will work to drive up the price, and I believe the upward price movements we’ve seen lately are the first wave of the upcoming halving-related price increase. Post-halving, we’ll see the upward trend continue as fewer coins are being supplied to the market and the halving risk is shown to be a non-issue.”

Although Vavilov and Mow acknowledge the network hashrate may decline slightly, they do not think it will have an overly negative impact on the network.

In the case of Vavilov, the BitFury CEO took his views a step further and said the halving has a positive effect on Bitcoin. He believes the upcoming halving will motivate various Bitcoin companies to innovate.

“There are many reasons for optimism right now: We see a steady increase of adoption of blockchain technology and [the] Bitcoin Blockchain, in particular,” Vavilov said. “A very positive trend in this regard is a clear scalability roadmap, and Bitcoin protocol improvement efforts that include the segregated witness proposal, Lightning Network, sidechains, and so on. Thanks to the joint efforts by the Bitcoin community, all these technologies are being brought to life, so [the] Bitcoin Blockchain is fully ready to accommodate more users, more transactions and more business. We at The Bitfury Group, in turn, are fully ready for the reward halving.”

Vavilov added, “Those who cannot adapt fast enough will have to switch off. The Bitfury Group is fully prepared for the reward halving.”

What About the Disaster Scenario?

Both Mow and Vavilov do not believe the halving will lead to some sort of disaster scenario such as the one described by Coinbase CEO Brian Armstrong in a Medium post earlier this year. In direct response to some of the concerns laid out by Armstrong in that post, Mow said, “Hashrate won’t fall by 50 percent. It’s not possible. Anyone that suggests that hashrate will drop 50 percent is either fearmongering or doesn’t understand mining at all.”

Mow added that Armstrong’s premise is based on the, in his view, false assumption that the Bitcoin price will not increase as a result of the halving.

Mow went on to explain that a lot of new mining hardware has been activated on the Bitcoin network in recent months. “There is the concept of ‘sunk cost,’ which might not be factored in by some people when they write down their musings about the halving,” Mow noted. “Most people involved with mining know that a lot of new hashrate was added in the past several months. That’s a lot of newer and more efficient hardware that came online which will have a much longer shelf-life. Current estimates are that 60-to-70 percent of the network is composed of newer 16nm ASIC chips.”

To his point, Bitcoin’s network hashrate has tripled from around 500 PH to roughly 1,500 PH since December of last year.

“It would be naive to think that miners who pushed us from [500] PH to 1,500 PH didn’t have projections to recoup costs past halving and decided to invest anyway,” Mow added.

“An increase in network hashrate tells us there’s more hardware, but more hardware also means more infrastructure like data centers, transformers, cooling systems and so on,” he said. “That’s expensive. The bulk of that sunk cost has already been incurred so that it can be recouped as much as possible at pre-halving price conditions. Having made those investments in new hardware and facilities, it’s unlikely that those miners will just power off.”

Mow said that many Bitcoin miners are bullish on the price and in it for the long haul, which means they are less concerned with what happens with the price in the short term.

In Mow’s view, there’s also nothing inherently wrong with full blocks on the Bitcoin network, which is a crucial aspect of the possible doomsday scenario related to the halving.

“The biggest fallacy in [Armstrong’s Medium post] is the part about full blocks. It does not matter if blocks are 70 percent full or if we are at 140 percent of capacity. Bitcoin is designed to function with full blocks – that is why Bitcoin has fees for transactions. Well-developed wallet software can estimate fees correctly, and in the event there is a backlog of transactions (which Bitcoin was also designed to handle), users simply pay a few cents more to prioritize their transactions if they’re in a hurry.”

Mow said that companies in the Bitcoin ecosystem could prop up the network if things started to take a turn for the worse. He mentioned increasing transaction fees, purchasing mining hardware and renting currently available hashing power as three potential options.

The Halving Is Not a Surprise

This change in monetary policy is not coming out of nowhere, Mow said. The schedule for the creation of new bitcoins has been known since the first blocks were mined in early 2009.

“Miners have been planning and preparing for the halving for some time now,” he said.

The BTCC COO noted that many miners have been optimizing their costs due to the known, expected drop in the Bitcoin-denominated value of the block reward. Due to the recent spike in the Bitcoin price, the U.S. dollar-denominated value of the block reward could be higher than it was around this time last year. As Mow mentioned, the ASIC chips used by most miners these days are also more efficient than the ones used last year.

“With the prices as they are now, I wouldn’t be too concerned about the miners,” Mow said.