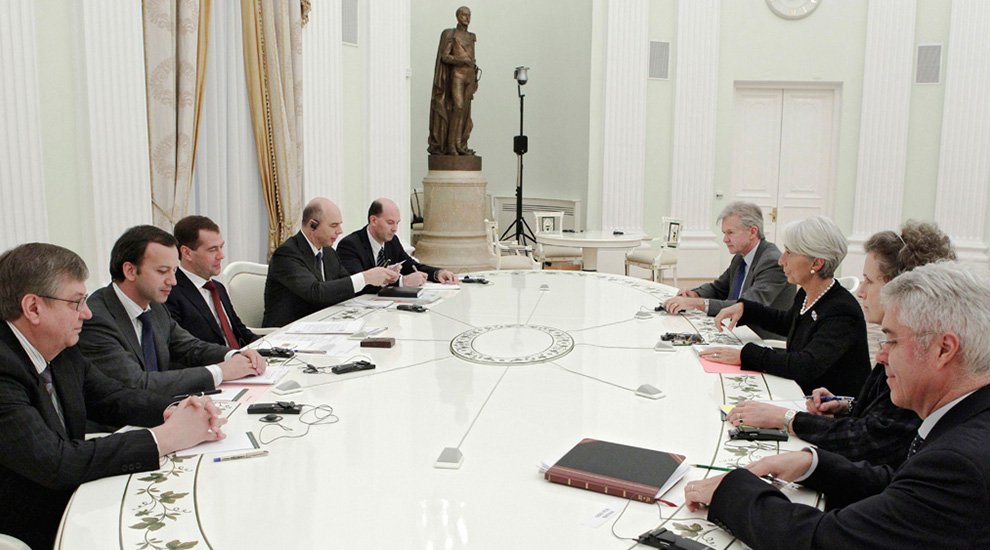 On January 20, 2016 at the World Economic Forum in Davos, during the panel on Transformation of Finance, the International Monetary Fund (IMF) released a paper titled “Virtual Currencies and Beyond: Initial Considerations.”

“Virtual currencies and their underlying technologies can provide faster and cheaper financial services, and can become a powerful tool for deepening financial inclusion in the developing world,” said IMF Managing Director Christine Lagarde. “The challenge will be how to reap all these benefits and at the same time prevent illegal uses, such as money laundering, terror financing, fraud and even circumvention of capital controls.”

The paper is presented as a “Staff Discussion Note.” These documents showcase policy-related analysis and research being developed by IMF staff members and are published to elicit comments and to encourage debate, with the disclaimer: “The views expressed in Staff Discussion Notes are those of the author(s) and do not necessarily represent the views of the IMF, its Executive Board, or IMF management.” Plausible deniability all the way, but presenting the document at Davos seems to strongly suggest some degree of official support.

A key conclusion of the paper is that the distributed ledger concept has the potential to change finance by reducing costs and allowing for deeper financial inclusion in the longer run, states the IMF press release. This could be especially important for remittances, where transaction costs can be high, around 8 percent. Distributed ledgers can also shorten the time required to settle securities transactions, which currently take up to three days, as well as lower counterparty and settlement risks.

At the same time, notes the IMF paper, virtual currencies based on distributed ledger technology can also serve as vehicles for money laundering, terrorism financing and tax evasion. Achieving a balanced regulatory framework that guards against risks without suffocating innovation is a challenge that will require extensive international cooperation.

A conclusion of the IMF paper is that virtual currencies fall short of the legal concept of currency or money. While acknowledging that there is no generally accepted legal definition of currency or money, the authors note that both are associated with the power of the state to issue currency and regulate the monetary system.

Currently, according to the IMF, virtual currencies are unable to function as money because of the high price volatility, the relatively small size of the virtual economy, and the fact that virtual currencies are hardly being used as independent units of account in a closed-circuit economy. In fact, notes the report, the retailers who accept payment in virtual currency usually quote prices in fiat currency.

After a simplified explanation of distributed ledger technologies for virtual currencies, the paper focuses on regulatory issues.

“The potential for rapid change in the financial industry engendered by virtual currencies is a challenge for financial regulators and supervisors,” note the IMF authors, adding that the absence of effective regulations has contributed to both benefits and risks.

The IMF authors make a difference between cryptocurrencies and “legitimate” uses of the underlying distributed ledger technology: “The growing interest in blockchain technology, independent from a [virtual currency] scheme, a priori raises fewer policy concerns, because the technology would be used in a closed system administered by regulated financial institutions.”

In fact, the push to increased regulation of virtual currencies is likely to be countered by the emergence of next-generation privacy-preserving digital currencies like Zcash.

The IMF paper concludes with a list of principles that could guide national authorities in further developing their regulatory responses. Besides the guidelines mentioned above, it’s worth noting that the IMF authors realize that new closed-circuit business models, where virtual money is re-used instead of exchanged for fiat, could escape regulations, and propose to extend regulations to wallet providers.

The IMF paper confirms two current trends: Virtual currencies based on distributed ledger technology are increasingly considered by top financial institutions as a necessary part of future mainstream fintech, and at the same time regulatory pressures are increasing.